February’s TL;DR? Being famous for a day, having multiple design brainstorming sessions, starting client work, and still trying to catch up on our own delayed projects. 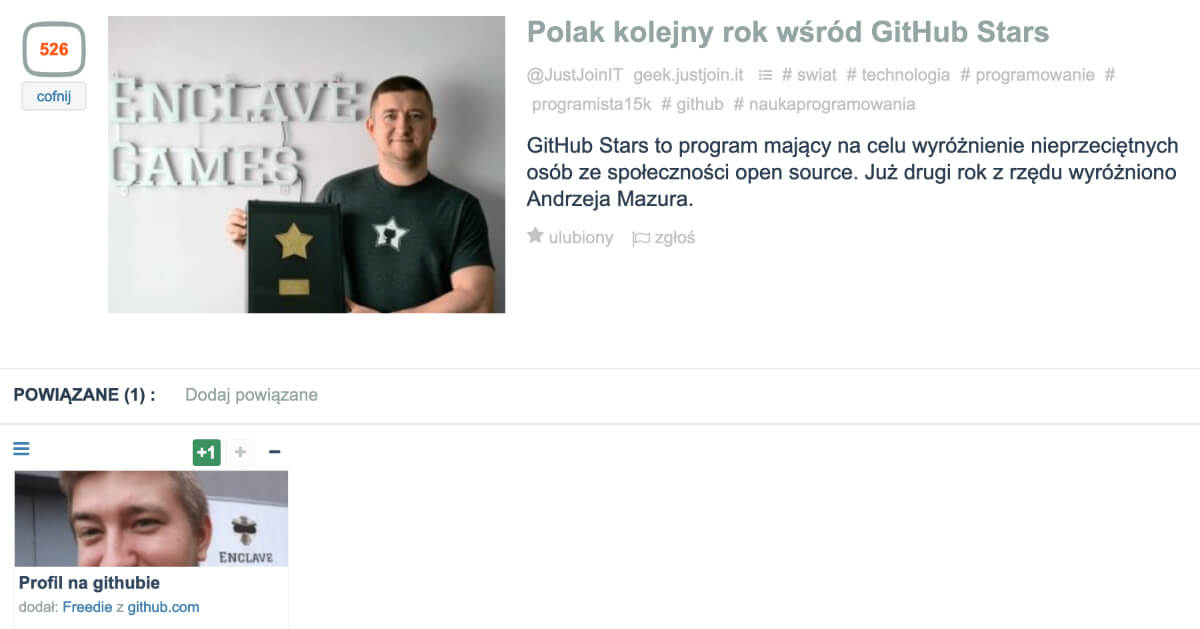 Surprisingly enough, we were convinced to do some client work! I’m not gonna share any details yet, but it’s a small and cool project with a character you should recognize, so fingers crossed for building and releasing the game soon!

I wrote the GitHub Star status renewed blog post which got picked by Just Geek It website and ended up on the front page of Wykop, our Polish version of Reddit. Feels weird being “that famous guy” for a moment, but nice as well given most of the comments were positive.

Two blog posts were published on js13kGames’ Medium page: Video showcase of the top 20 js13kGames 2021 winners and js13kGames on Wikipedia - help with translations.

I also published a bunch of news entries on the Gamedev.js website about Quantum Flytrap, Human Game Jam, Ionic and Phaser webinar, Vampire Survivors game, Kontra v8, How to Make a Video Game All By Yourself book, and BeJS conference.

Most of the design work on the new Gamedev.js Weekly website is already done - Ewa is finishing the remaining tasks and hopefully the coding part can begin soon. She also worked on the Web3 Gamedev School project a bit, and the new game for a client we will announce soon.

I’ve participated in the W3C Games Community Group meetup that was hosted together with the Networking Interest Group this month, where we discussed the intersection between games and networking technologies.

I’m dropping plans to attend 3 events here in Poland (two online, Warsaw based, one physical in Cracow) that are going to happen in March and at the beginning of April to focus on the projects we are currently working on, as many are still a bit delayed.

The gallery on Facebook containing a bunch of js13kGames 2021 t-shirt selfies have a few cool pictures already - if you got your swag, show it!

Massive issue of the js13kNewsletter was sent out in February summarizing the activity around the competition in the past few months.

Release the delayed Gamedev.js Survey 2022, announce Gamedev.js Jam 2022 (hopefully both in the next few days), and then work on the next items on the TODO list: Web3 Gamedev School and client game project.